For its fourth album, Charmed & Dangerous, the Milwaukee-based quintet joined forces with Blind Pig Records, one of the world’s premiere blues labels. Produced by multi-Grammy-winner Tom Hambridge, and featuring guests on harmonica and backing vocals, the 13 tracks of original, contemporary blues prove worthy of the recent groundswell of acclaim. American Blues Scene proclaimed the album, “will be making huge waves… one of the year’s best!,” and the title track has been in regular rotation on SiriusXM’s Bluesville for more than a year. The band was nominated for a prestigious Blues Music Award in the category of Best Emerging Artist Album, and the song “Cookin’ in Your Kitchen” won Blues Song of the Year at the 2018 Independent Music Awards.

The group’s third album, Cryin’ Mercy, reached #3 in the iTunes blues store, hit #1 on the Roots Music Report blues album chart, and won Best Self-Released CD at the 2015 International Blues Challenge. The band was also named Blues Artist of the Year at the 2014 WAMI Award Show, and was recently asked to contribute a track (“Tightrope”) to a Stevie Ray Vaughan tribute album being released in 2019.

Charmed & Dangerous delivers blood-pumping blues with a fiery mix of deft songwriting and simmering musicianship. Taylor’s smoldering baritone howls in the opening title track, and breaths fire-and-brimstone on cuts like “On My List to Quit” and “Three Alarm Desire.” The soul-drenched “Eighth Wonder” and scrapyard shuffle “Mint Condition” showcase A5’s songcraft, while “Cookin’ In Your Kitchen” and “If Your Heart Went Public” prove you can still rattle the rafters with pure, stone-cold slow blues. The album’s third track, “Three Forks,” was inspired by legendary Delta bluesman Robert Johnson and features music, adapted with permission, from the seminal classic “Crossroads.” Hambridge also plays drums on all 13 tracks, adding even more energy and authenticity to the record. ​ “Charmed & Dangerous” won Song of the Year at the 2018 Wisconsin Music Awards.

From day one, Altered Five dared to be different. The quintet formed in 2002 and earned a reputation for its inventive arrangements and distinctive sound. Isthmus magazine called the band “a rising blues unit” and OnMilwaukee.com declared, “The group delivers the element of surprise.”

Within a few years, Altered Five caught the ear of Cold Wind Records and, in 2008, signed a recording contract with the Minneapolis blues label. The debut album featured the band’s penchant for putting an earthy spin on numbers; the aptly titled Bluesified included roadhouse versions of ten popular songs. The group performed live on three television morning shows and honed its sound playing regular club, festival, and concert dates.

​​​In the ensuing years, Altered Five turned its attention to recording and performing its own material, and the 2012 release of Gotta Earn It drew rave reviews. Barrelhouse Blues called it “a great and powerful recording,” Downbeat commended its “solid songs,” Living Blues called the band “a tight, unified talent” and Big City Rhythm & Blues called A5 “Hands down, one of the best newer blues/R&B bands.”

The band’s third album, entitled Cryin’ Mercy, delivered the next chapter in Altered Five’s musical odyssey. The 11-song set is a fierce collection of original, contemporary blues fused with vintage soul, and the debut release for OmniVibe Records. With Hambridge at the helm, the band hit on all cylinders. “JT” Taylor’s powerful voice anchors the sound and drives home the message in songs like the roaring opener “Demon Woman”; the stinging strut of “Stay Outta My Business,” the vivacious shuffle “I’m in Deep,” the soul-soaked ballad “Find My Wings,” and sassy ”Counterfeit Lover.” The album earned the band two Blues Blast Award nominations and five WAMI Award nominations, including Artist of the Year, Album of the Year, and Song of the Year (“Find My Wings”). “Find My Wings” also made it to the finals of the International Songwriting Competition.

Bassist Mark Solveson anchors the rock-solid rhythm section with drummer Alan Arber, who joined the band in 2017, and Raymond Tevich melds his crafty keyboard work to top off the group’s signature sound. It’s been said that “the blues is a feeling,” so when the Minneapolis Star Tribune states that the band is a “righteous blast,” you know they play it right. 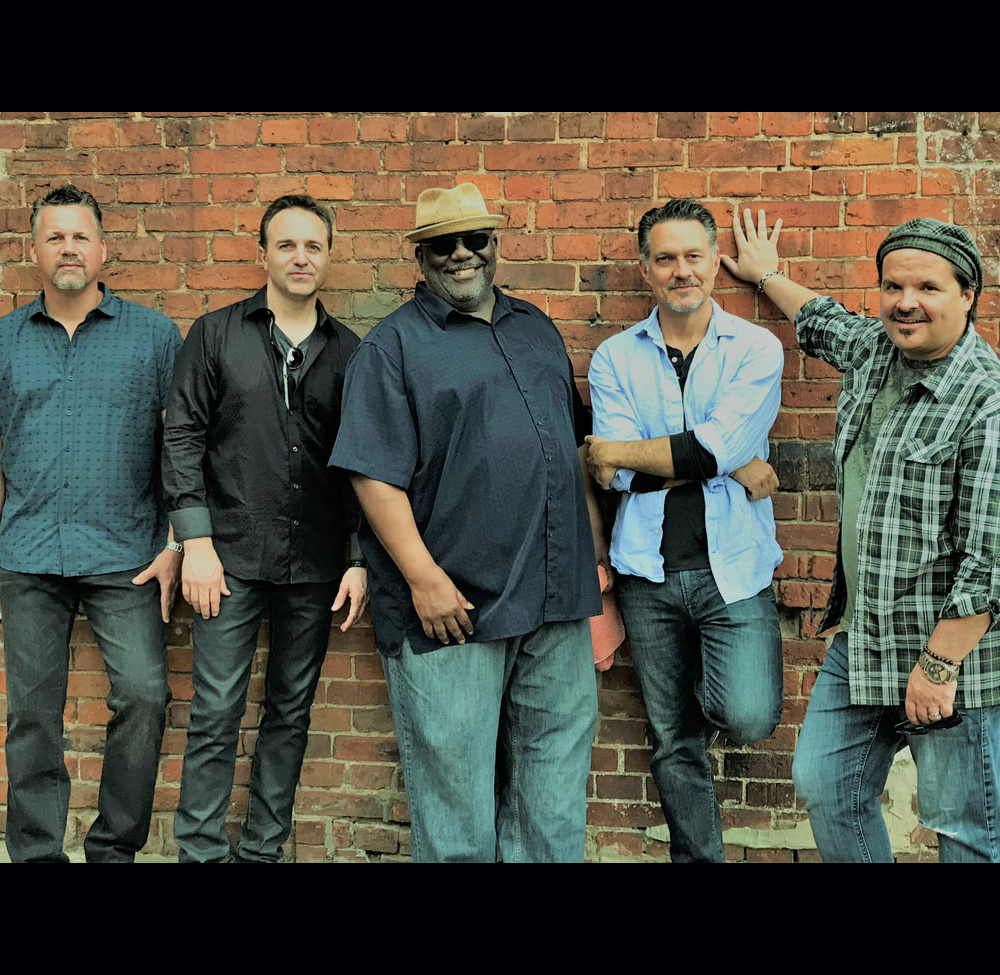